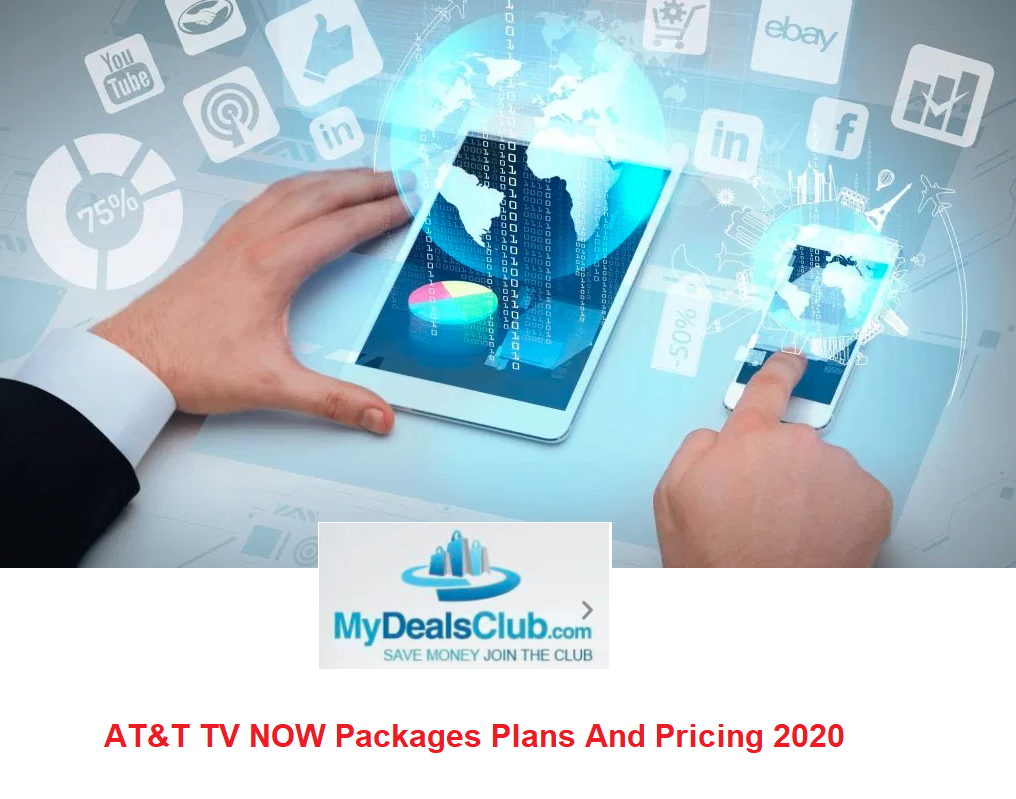 AT&T TV Now, which was formerly called DirecTV Now, is the new ‘kid’ in town. With the latest innovation and fresh productions to meet your entertainment needs, AT&TV Now remains unchallenged in an industry of many players . Viewers can now stream the latest content through a streaming device, and better still, on their mobile phones and tablets using the AT&T TV app. This means your shows get to move with you as you do. Unlike bygone entertainment service providers, AT&T TV Now offers live TV, over 50K on-demand titles and the option of subscribing to plans with premium channels like Showtime, HBO and Cinemax. As if that’s not enough to get you on the move to get the best streaming service, they store 500 hours of your chosen content on a cloud DVR and retain it for 90 days for you !

Here’s A Rollout of details about AT&T TV Now

The streaming service as previously stated replaced DirectTV Now from AT&T, who are the owners . It was launched in 2019 and as expected, rebranding raised the cost of streaming by $10 a month. As the channels and packages settled in, we were less than satisfied by the changes but now that we have gotten used to the refreshing updates, it’s truly the ideal package deal.

Further Reading :See who we rated as the top 4 Best Internet Service Providers For 2022

Discounts are not excluded from AT&T TV Now’s numerous benefits. For example, when upgrading from satellite or cable TV, you can  do so at no extra expense. Streaming service providers tend to put the most popular TV channels of a high tier plan to make their customers spend more . In AT&T TV Now, however, low tier plans also include commonly loved channels like Cinemax and HBO.
AT&T, offers a wide array of services and are known to constantly upgrade their models to fit the changing requirements of content driven consumers, the U-verse TV which was replaced by AT&T TV being a perfect example. At first, the U-verse Tv was an amalgamation of broadband internet, TV streaming and Mobile phone services but after revision of its model, split the three into AT&T Internet, U-verse TV, and AT&T Phone respectively. This allows more innovative ideas and further exploration into each category. This is why even after AT&T announced the replacement of DirectTV by AT&T TV Now everyone expected advancement of what was previously there. Now it has to be stated that AT&T will still operate Directv even though AT&T Now is their new gold standard, and just for you we have all their top promo codes for you and for new customers of Directv they are here.

By combining live TV and streaming channels, AT&T TV NOW is an ideal service provider. It’s important to note that you may require an indoor antenna in some cases for local channels to be accessed. We would recommend it for just about everybody since it ensures you have free HD channels always, whether or not you have a cable, satellite, or streaming service.

These include ESPN and ESPN2, FS1, TNT and many more, these being the ones offered on the lowest-tire package. The edge, in sports, for AT&T TV NOW, comes down to its OPTIMO MAX package. It also brings to us fresh sports networks that its rivals don’t,  some being Longhorn Network, MSG, MSG+, NHL Network, and Sportsman Channel. As if that’s not enough, it is also one of only two of service providers from our research where you can find the MLB Network, NBA TV, and the Tennis Channel in packages instead of as add-ons.

They are HBO, CINEMAX, AMC and so on depending on the plan you choose, but HBO is in all. We like the inclusion of HBO on low tier plans like PLUS and MAX (they will be discussed below), but we’re kind of surprised to see the more expensive plans require a $15-a-month on top. Despite this, we feel that the prices are decent seeing that these channels would go for 15 to 20 dollars on other streaming and TV services. The trick AT&T uses is to surrender some unpopular channels, and offer to people what they want to watch.

AT&T TV NOW offers a weekly trial, available for both the PLUS and MAX plans, does not charge for subscribers switching from TV and simply delivers the best tv and streaming services for considerable prices. At MyDealsClub we keep up to date deals for many broadband and internet providers , all our top AT&T Internet Offers are found here for easy use

How Much Does AT&T TV Cost?

Having the best most times comes with a price. AT&T TV has tailored its packages to suit the needs of diverse viewers. Currently, it has three major packages which are:

Regardless of whichever package suits you, we’re glad to inform you that all packages come with local networks, ESPN and HBO and to top it off offer hours of on-demand content. Comparatively, the prices are also affordable. The details of each package are as follows:

This is the lowest priced package, giving you value for your money. It is ideal for cord-cutters who prefer a slimmer package with the basics plus premium content on HBO. It has the most popular channels but none-the-less leaves out some all-time favorites like AMC, Food Network and The Discovery channel. The package with them all is the last one, the ENTERTAINMENT package, but it’s almost twice the price of the PLUS. It’s up to you to decide which one you value most, the channels or money in your pocket.
Anyway, getting into the nitty-gritty, this package will cost you $65 and its contents are as follows:

For regional sports, you need to upgrade to their Max package discussed below. Offering HBO is a smart move for AT&T TV Now but really, comparatively speaking, the 65 dollars amount to the same amount you would have to pay other live TV service providers today. Since most offer base services at 50 or so dollars then HBO subscription adds another 15, amounts to roughly what AT&T TV Now is charging. Since AT&T TV Now’s base package regional sports channels and popular entertainment channels like AMC and HGTV, it might make clients reluctant to purchase this deal. There are other incentives, however, that could be the flipside of this, one being the potential to watch on three separate devices at a go. This means three viewers could split the cost and utilize the package effectively.

The ‘MAX’ package besides the channels included in the ‘PLUS’ has:

These additions warrant an extra $20. Only die-hard sports and movie fans would subscribe to every month subscription plan of this package. AT&T TV NOW is superior to most though, in the sense that these two packages give access to HBO or Cinemax without a premium subscription fee.
In our opinion, the MAX package gives AT&T TV NOW a competitive edge against its rivals due to the free HBO and CINEMAX, along with more sports channels.

Comparatively, it’s more expensive than other streaming providers which makes it hard to recommend this higher-tier plan for anyone besides the “Who cares about price? I want it all!” crowd. The package, however, comes with the ULTIMATE STARZ ENCORE channels, which may very well make it worth it.

In case you’re at crossroads on whether to invest in this or not, this all seems like too much to digest in one go. You would perhaps prefer a simpler straight-to-the-point answer, yet AT&T TV NOW offers too many complex packages. HOWEVER, and the word is deliberately written in Caps, we feel that AT&T TV NOW is worth your consideration .