What Are The Best Satellite Internet Providers in 2021 ? 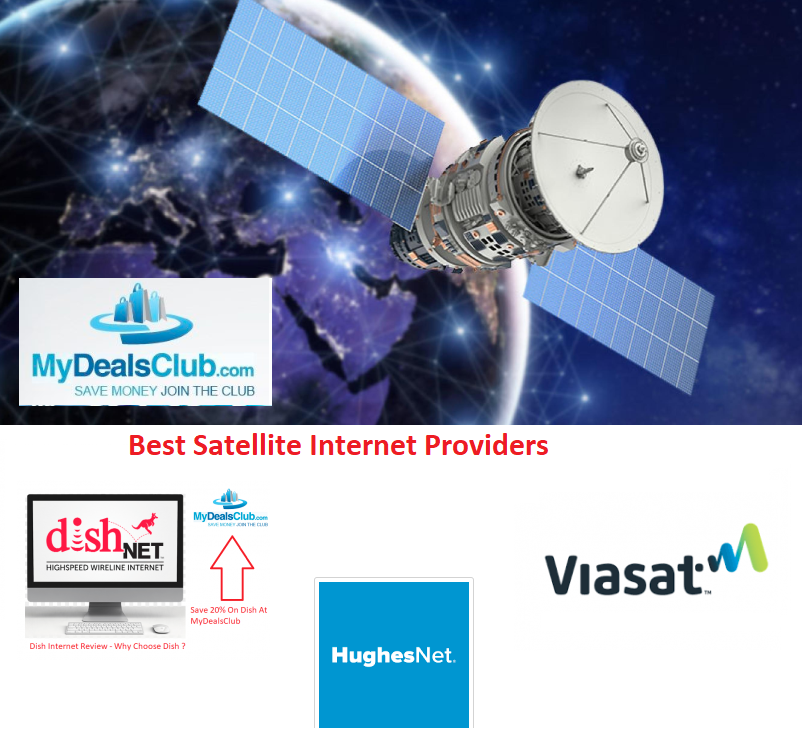 Choosing a reliable satellite internet provider can sometimes be a bit intimidating, especially considering that you have to determine the sort of limitations, equipment costs, and fees you might run into before signing the contract. The purpose of this post is to help you have an easier time making a decision when considering which U.S. satellite internet provider – between HughesNet and ViaSat – to choose.

When judging internet providers, there are several things we consider – technical support options, data allowance, optimal speeds, and whether the company throttles bandwidth. In this article, we’ll present to you our opinions on which satellite internet providers we think are the best and explain how we reached a conclusion on each provider.

Here is our list of Companies that We Believe are the Top Satellite Internet Providers in America:
1. ViaSat
2. Hughesnet
3. DISH 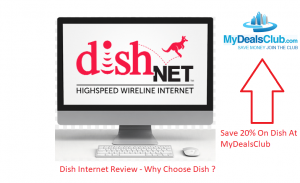 DISH is basically a HughesNet satellite internet reseller. The exciting thing about DISH is that it offers customers discounts if they bundle their internet package with one of the company’s television subscriptions. Internet plans are discounted even further if you opt to add telephone service to your package, which makes the service provider one of the best value-for-money providers in the satellite internet scene. Our full Review Of Dish Internet is here for further details

Dish offers four service plans – ranging from $50 to $130 a month – directly through HughesNet. With that being said, it is worth noting that the service is only a good deal if you already have satellite tv or are planning to get one.

For new customers, DISH provides, installs, and sets up the equipment and receiver for free. While there’s an equipment leasing fee, which costs about $15/month, the good thing is that it is fixed. And while there is a $99 activation fee, there is a possibility you can have it waived; but that all depends on the deal you strike when talking to a Dish representative and the plan you choose.

Dish provides fast satellite internet and is a reliable solution for people who live in rural areas where fiber-optic or cable internet is not available. All the plans Dish offers have 25Mbps download speeds, which is faster than, or as fast as traditional internet. However, it is worth keeping in mind that the company does not provide satellite internet directly – instead, they contract it from HughesNet. Also, you get to enjoy discounts on internet service when you bundle your plan with other DISH offerings, with the most notable one being the company’s satellite T.V. service. Please note that services are billed separately. 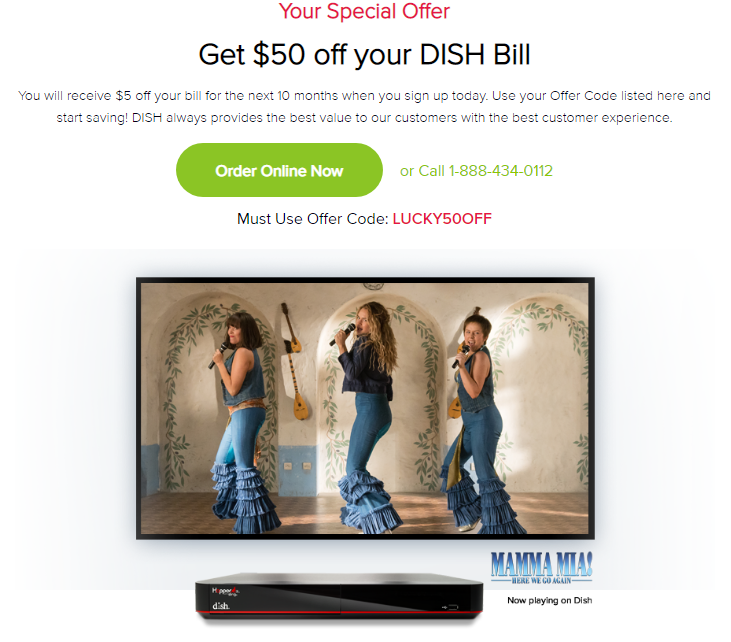 **DEAL ALERT** For a limited time you can get $50 off your DISH bill by using code LUCKY50OFF when you click the link below to join .Start saving now !

How Much IS DISH TV Per Month ?

This table breaks down the cost of each package deal from DISH, Click the link under it to order any plan

How Much IS DISH TV Per Month ? 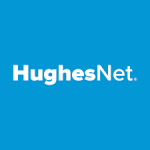 The company’s four service plans are available in all service areas, and all offer download speeds of 25 Megabits/second. HughesNet also provides other satellite communication companies like DISH internet services for reselling. It is worth noting HughesNet satellite internet plans all have a data cap, which means customers get a specific amount of data per month depending on the plan they buy. The amounts range from 10 to 50 G.B. a month.

Fortunately, if you exhaust your data too soon, the company does not charge your extra or cut off your service. Instead, they throttle your speeds to almost nothing. According to HughesNet, once the allocated data is depleted, download speeds are slowed down to about 1 to 3 Megabits/second until the next billing cycle.

ViaSat is a global communications corporation that believes everything and everyone in the world should be and can be connected. For over three decades, the company, which was formerly known as Exede, has helped shaped how governments, militaries, businesses, and people around the world communicate. The company is a fast-growing, global corporation that hires over 5,000 people across 28 offices in different countries around the world.

The service’s fastest download speed is 100 Megabit/second, and unlike HughesNet, it offers unlimited data plans in most regions around the U.S., including Alaska. The great thing about ViaSat’s service is that standard installation is free-of-charge, and the price you pay for your package is guaranteed for three-years.

The main reason why anyone should consider getting ViaSat Satellite Internet is speed. As mentioned earlier, the company offers download speeds of up to 100 Megabits/second (4X faster than HughesNet’s top speeds) in many locations. Such speed allows you to do things like have a few people use one connection at a go or stream movies in H.D.

Here is a Comparison of Our Top Satellite Internet Providers

For a majority of consumers, the service that offers the best value satellite internet is ViaSat, which offers a range of speeds from 12 Megabit/second to 100 Megabits/second. Compared to most wired connections, these speeds are super fast. It is worth noting that ViaSat uses data thresholds as opposed to data caps. While the two serve the same purpose, data thresholds are a bit more generous. Price-wise, ViaSat’s service is a bit more expensive than HughesNet; however, it is less restrictive. Considering the quality of the internet services ViaSat offers, spending a bit more could mean a world of difference.

When it comes to satellite internet solutions, data caps might be the only inconvenient aspect of using some of these services, especially considering that videos are increasing in quality and size, and files are only getting bigger. A data cap is essentially a service ceiling that, once hit, slows connection speed to a crawl. Once you’ve exceeded your limit and your data gets capped, basic tasks like checking email and browsing the web can become a pain.

Of the companies mentioned here, ViaSat is the one that’s made strides towards improving the number of options they offer across different plans. The company doesn’t employ the use of the more traditional data caps; instead, it puts a threshold that deprioritizes your speeds once the threshold is met. When that happens, the result is pretty similar to hard data caps – your internet speeds get throttled to slower speeds. The good thing about ViaSat’s threshold is that it offers a broader range of data and speed allotments than what HughesNet offers, which gives them an upper hand.

Download caps and thresholds are a major concern, especially when it comes to gaming. In the last few years, games have grown significantly bigger. Today, it is not unusual to see games that are about 50 to 100 GBs in size – which means that, if you aren’t careful, you could end up blowing your HughesNet data allotment in one day downloading one game. For people who are into gaming, ViaSat’s data threshold is friendlier, allowing you to enjoy peace of mind knowing that you do not have to worry when game patches come with huge files to download.

What is Satellite Internet, and How Does it Work?

Satellite internet is quite simple – here is a look at how it works:

A device, let’s say your computer or satellite tv, sends a signal request from your modem to the satellite dish, which sends the signal to the provider’s orbiting satellite. The satellites then beam the request to the service provider, who then transmits a signal which is directed back to the satellite, then to your dish, modem, and finally, your device. Our full guide on How Satellite Internet Works goes indepth about all aspects of it

Latency: What is it?

Latency can be described as the amount of time data takes to get transferred. Since satellite internet has much more lag than most types of internet delivery like cable or fiber optic, real-time gaming isn’t practical. While downloading and streaming function well with satellite latency, they’re the biggest consumers of data.

Who Can Benefit from Satellite Internet?

Satellite Internet vs. Cable Internet: Which is the Fastest?

At the moment, satellite internet technology offers internet speeds that are comparable to DSL; however, it can’t deliver the speeds fiber-optic or cable services provide. With satellite internet, the speeds max out at about 100 Megabits/second, whereas most cable and fiber-optic providers can deliver speeds that are up to 10X faster. Learn the difference between DSL vs Cable vs Fiber here

Are There Other Satellite Internet Providers in the Market that are Worth Researching?

WildBlue is basically ViaSat Internet – they use the same equipment and offer the same services; the only difference is that they sell their services using a different brand name.

While Earthlink still provides internet services, including wireless internet, it doesn’t offer satellite internet. The internet it provides is delivered via 4G cell towers and not satellites.

Back in 2018, ViaSat, which is Exede Internet’s parent company, dropped the name and now exclusively uses ViaSat Internet as the main brand name for all of its satellite internet services offerings.

Does That Mean There Just Two Major Satellite Internet Providers in the U.S.?

Is There any Company that Offers Unlimited Satellite Internet?

Both HughesNet and ViaSat offer plans that do not have hard data limits. While their plans aren’t truly ‘unlimited’ – they don’t offer endless high-speed connections like cable internet – customers who deplete their monthly data allowance do not experience service interruptions or incur extra fees. However, those who exceed their threshold are bound to have their connection speeds reduced until the next month.

Is Satellite Internet Any Good? A Quick Recap

If you are stuck with satellite options only, then work with what you have. Here is why we think you should consider using HughesNet for its pocket-friendly plans and ViaSat for its more superior download speeds