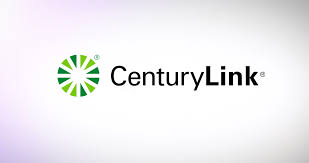 CenturyLink was founded in 1930 and is a technology and telecommunications business. It now provides a wide range of services to clients all around the world. CenturyLink is best recognized in the United States for providing high-speed internet, TV, and phone services to residential consumers, as well as communications services to businesses.

CenturyLink is constantly developing its fiber optic network in addition to providing internet connectivity through digital subscriber lines (DSL).
CenturyLink is a prominent DSL Internet provider in the United States, servicing both residential and corporate clients. Their services mostly use “fiber to the loop” landline networks to transmit digital data, allowing for speeds that are much faster than dial-up but still slower than cable or fiber. CenturyLink also provides fiber connections in certain locations, but they are restricted in availability. Arizona, Colorado, Washington, and 47 additional states are covered by their network.

CenturyLink’s internet bundles often include phone service and/or their digital TV platform, “Prism TV.” While their maximum download speeds are often somewhat slower than cable, their price for long-term clients is more stable. They’re one of the few Internet service providers that provides genuine “locked in” price for both Internet and phone.

DSL and Fiber Networks from CenturyLink

The majority of CenturyLink DSL connections are “Fiber to the Loop” connections, which means that subscriber data is sent via copper phone lines from the home to a DSLAM device nearby, which then changes the connection for all customers in that region to a fiber line. This is referred to as a “backhaul” link, and it typically connects to some kind of Internet exchange that enables data to travel over the Internet to any place on the globe through fiber backbone connections.

Centurylink’s DSL connection may be looked of as a “phone line” connection. DSL is a significant upgrade over dial-up Internet (which also utilised phone lines) since it can share the line with phone service while providing much more capacity and speeds. DSL speeds vary from 3 to 35 Mbps, depending on the network quality in a given region. In suburban areas, it’s typically offered as an option to cable, while in more rural regions, it’s usually given as an alternative to satellite. While DSL connections are slower than cable, they are more reliable in terms of speed since they are “direct” connections to the provider, as opposed to cable’s “shared” connection. See our list of the best rural internet providers here for more on rural based internet options

CenturyLink offers two primary plans: CenturyLink Internet, which is a DSL plan, and Fiber Gigabit, which is a fiber service. They’re both month-to-month, so there’s no need to sign a long-term contract. Customers don’t have to worry about termination costs if they wish to cancel, which is always a benefit.

It’s nearly always preferable to go with a fiber plan (if one is available) since it offers considerably higher speeds and is usually more dependable. Households with just a few internet requirements, on the other hand, should be OK with the less expensive DSL package.

Overall, its DSL service had a delay of 36 milliseconds, according to FCC statistics (ms). In practise, this implies that gamers can anticipate a little greater latency during gaming than with other broadband providers. Our top choice, Verizon, for example, had a delay of 12 milliseconds. The average packet loss for CenturyLink was 0-1 percent, which is considered acceptable for DSL providers.

CenturyLink Internet is the first plan.

With just a few gadgets, you can access the internet in its most basic form.

Customers are not guaranteed a certain speed with the DSL CenturyLink package, which has a maximum speed of 100 Mbps (megabits per second). The pricing remains the same if you can only obtain 40 Mbps, for example. According to CenturyLink, downloading 10 songs would take 3.2 seconds and pulling 500 Mbps of data for gaming would take 40 seconds at the maximum speed. One useful aspect is that you may maintain your plan’s cost for as long as you’re a client, so there are no unexpected price increases.

Several users with high-bandwidth connections .If you live inside CenturyLink’s fiber optic service region, you can receive up to 940 Mbps download and upload speeds with their Fiber Gigabit package. This plan does not have the price lock that the DSL plan has, but with some promotions, you can receive a free modem and installation.

Again, maximum speed isn’t guaranteed, but CenturyLink claims that if you have it, you can download 20 pictures in under a second, and gamers can download 500 Mbps of data in four seconds (in other words, 10 times faster than DSL).

CenturyLink internet service is sufficiently fast if the Quantum Fiber or Fiber Gigabit plans are available in your region. You’ll notice that download and upload speeds are symmetrical, which implies greater work performance.
The good news is that this is the case. The bad news is that many CenturyLink plans still use DSL, which does not function nearly as well as fiber and is also slower than cable internet connections.

On the speed-testing website Ookla, for example, there’s a Speed Score measure that tracks ISPs based on a mix of download and upload speeds. CenturyLink is ranked sixth in the most current scores, which were collected in the final three months of 2020, after Verizon Fios, Cox, Xfinity, Spectrum, and AT&T Internet.

CenturyLink’s internet plans all have a 1 TB data limit. You’re unlikely to utilise any more than that. However, if you’re a heavy data user, such as someone who works from home or uploads a lot of big files, you may find yourself approaching the limit more often than not.

Contracts, Equipment, And Expenses For Centurylink

There are no commitments and no penalties for leaving early. You will only be charged for your modem and installation by CenturyLink.
Any of CenturyLink’s internet services do not need you to sign a contract.
That means you may maintain your subscription for as long as you like and cancel at any moment without incurring any early termination costs. Just keep in mind that if you cancel your CenturyLink internet, you’ll lose your Price for Life promise.

But don’t worry, if you go over your data limit, nothing bad will happen. Yes, CenturyLink will smack you on the wrist with a written notice, but your internet speed will not be slowed for the remainder of the month.