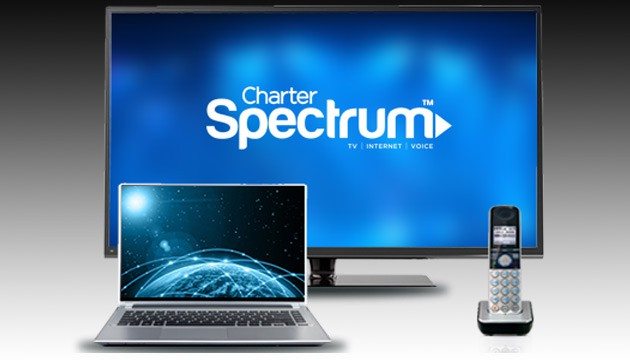 Charter Spectrum offers a plethora of discounts right now, with the business presently providing some value-packed internet and TV packages in an attempt to win over customers. For starters, they are one of the few internet service providers who do not need a contract.
Spectrum internet services typically provide speeds of 60–300 Mbps, which is more than enough for streaming HD video (Netflix, Roku, etc). They also provide packages that include TV and phone service. However, we discovered that Spectrum Internet-only plans provide the best value to the majority of consumers.

Spectrum Internet, Charter’s “basic package” for Internet, is our top choice for Internet-only consumers and cord cutters. This package is now available at a reduced cost of $44.95 per month for a year. When the offer expires, the price rises to $64.99.

The first major benefit of this package is that, unlike most other cable providers, it includes unlimited streaming. This means you may use as much data as you want without reaching a “data limit,” as some other big Internet providers, such as AT&T and Xfinity Comcast, do.

The second major benefit is that Spectrum Internet is contract-free, making it ideal for renters, students, and anybody else who wants to avoid being locked into a contract. It’s a little more costly than DSL, but the speed is many times faster. If you want to watch 4K “Ultra HD” video from Netflix, Hulu, and other sources outside of fiber, this is your only choice as it offers the best internet speed for Netflix.

In comparison to an hour or more with a DSL connection, a 60 Mbps connection can download an HD film file in less than 20 minutes. Spectrum 60 Mbps connections may start streaming right away, and their network is built to prevent buffering.

For consumers who desire TV and home phone service in addition to Internet, Triple Play Select is presently one of Spectrum’s finest bargains. It’s an excellent option for family households because of the combination of streaming-capable speeds and customizable TV packages.

Charter is now offering this plan at a discounted rate of $89.97 per month for the first year. The long-term pricing is $149.97 after the 12-month period has expired. This is a significant increase, but it is typical of a family TV and Internet/phone bundle. In most regions, the pricing for 125+ channels and unlimited national calling is unbeatable. On the bright side, your DVR and modem are included with this package. HD boxes may cost an additional $6.99 each box, but you may be able to avoid the charge by buying online or asking for a special offer when you phone to sign up.

The Triple Play Select package gives entertainment addicts the “best of both worlds” with limitless streaming from third-party services and Spectrum’s extensive movie library, thanks to Spectrum’s absence of data limits.

Below are all of the Charter Spectrum deals that we’ve collected. Additional plans may available online or over the phone in select zip codes.

When is a Charter Spectrum Internet Deal the Best Option?

Charter Spectrum is frequently the sole cable option for many people. This implies you’re probably choosing between Spectrum and another DSL or cellular provider. Spectrum is also one of the largest cable companies in the United States, owing to its 2016 purchase of Time Warner Cable and Bright House Networks.

In the near term, consumers in certain regions may have fewer package choices when Time Warner and Bright House are merged under the “Charter Spectrum” brand. Charter is working hard to streamline its bundle offers and minimise add-on costs in the long run.

Charter’s cable internet is delivered through a hybrid fiber-coaxial (HFC) network that was originally designed for television. DSL, on the other hand, is delivered via phone lines utilising infrastructure designed for landlines.

Coaxial cable is used in the networks, which provides faster speeds and bandwidth than DSL.
Cable is less susceptible to outages in general than DSL since the cables are more weather-resistant.
Because the network is already designed for TV and the operator can effectively provide both services, cable offers excellent package discounts for TV viewers.
Cable is often more costly than DSL. The speed and dependability of cable networks, on the other hand, more than make up for the minor price difference. In most instances, the speeds are at least twice as fast as DSL, making the additional $10 or so well worth it to prevent Netflix buffering.

Charter Spectrum’s cable infrastructure in rural regions is anticipated to expand significantly. As part of their merger with Time Warner Cable, the FCC has mandated that they expand service to two million additional subscriber addresses. Check to see who are our best rural internet providers

Are Charter Spectrum Bundles Worth Buying?

Charter, like other cable internet providers, often provides “bundled” packages that include TV and phone service as well as high-speed internet access.

Unlike most other cable packages, they don’t usually have a data limit. This is a major win for cord-cutters and streamers, since many other ISPs have started charging overage fees and imposing “data limits” on heavy internet users.

Charter, like most other providers, charges a small cost for expert in-home installation. This cost varies by location, although many readers have noticed that it is less expensive than many of the company’s rivals. Nonetheless, if you want to save money, Charter allows you to self-install your service. Even better, if you have a little time and some basic networking understanding, it’s really very simple to accomplish.

Spectrum doesn’t promote them aggressively, but if you ask politely, they’ll frequently toss you some very tempting streaming extras. Local TV channels are often included in these bundles, in addition to the regular cable channels listed on their website (ABC, PBS, FOX, etc.).

It’s preferable to having a crooked antenna on your roof, and it may be the deciding factor between cable and DSL. Because channels vary by area, check the Channel Guide to determine whether Spectrum TV offers all you’ll need.

While Charter TV plans are more expensive than those offered by other cable companies such as Comcast, they do not employ the same price-switching tactics to get consumers to sign up. That, in our opinion, is a huge victory for consumers. When you’ve been a client for more than a year, the prices are basically the same. (This is because more well-known providers like as Xfinity and DirecTV would offer low rates at initially, then raise the price for “established customers.”)

The DVR is where Spectrum TV falls short the most. For starters, you don’t have much of a say in whatever model comes with the plan. It’s usually a simple Motorola model, although there isn’t an official standard. Second, their DVR storage and performance lag well below those of other big TV providers

Charter Communications is probably your best option if you want to bundle TV and Internet for a reasonable monthly fee. The main benefit of Spectrum is that it works well with streaming services like Netflix and doesn’t punish consumers for selecting their preferred video source.

While Spectrum’s cable infrastructure isn’t flawless, it’s the greatest choice for “the rest of us,” especially in suburban and rural regions where full “Fiber to the Home” gigabit fiber networks like Verizon Fios aren’t available. This may change soon, as Spectrum is building its fiber network quicker than any other provider. Again, their merger agreements mandate this, but the outcome is beneficial for consumers who don’t have access to Internet speeds greater than 60 Mbps.