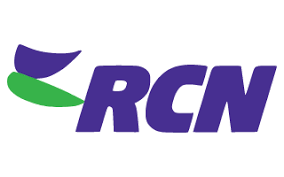 RCN Internet, which was founded in 1993, has evolved to become a leading supplier of internet subscriptions, digital TV, and phone services. Boston, Chicago, Lehigh Valley, New York, Philadelphia, and Washington, D.C. are presently served by the business. Their internet services are excellent for home networking, streaming service, online TV viewing, and Wi-Fi. Their internet rates may reach 155 megabits per second. Customers may purchase modems, a Wi-Fi gateway, and a Wi-Fi router from RCN Internet. Customers may also purchase yearly security subscriptions, such as Kaspersky Internet Security and RCN’s Service Protection Plan.
RCN provides digital TV and phone services to both residential and corporate clients in addition to fiber and cable internet access.

RCN maintains affordable rates, however prices may vary based on where you reside. RCN’s monthly rates vary from $19.99 to $59.99, making it one of the most affordable internet providers available. However, depending on where you reside, you may notice different prices than in other cities served by RCN. RCN’s slower plans, like as the 10 and 25 Mbps rates, are excellent for individuals who don’t go online very often, but we wouldn’t suggest them for most people.

The lowest plan’s beginning promotional price (which usually lasts a year) is cheaper than what comparable internet providers provide, earning RCN the top position in our rankings of the Cheapest Internet Service . Please keep in mind that RCN price varies by region.

While RCN does not specify how many devices each plan can handle, depending on your typical online habits, you may make an informed estimate as to how much speed you’ll need. A family of avid gamers and streamers of high-definition (HD) material on several devices, for example, may need a more expensive package (experts recommend 250 Mbps and up). The basic package should enough for a couple that reads email and views the odd Amazon Prime programme.

For individuals who need to handle work-from-home video chats and big file transfers, for example, speeds may reach nearly gigabit levels. Depending on your use and how well your plan is working, you may always upgrade or reduce your plan.

RCN, like other high-speed internet providers that also provide other services, offers consumers the opportunity to save money by combining services. Pricing and promotions fluctuate, but in general, if you sign up for several RCN goods, you’ll receive a reduced introductory pricing or even the first one to three months for free. Customers may be eligible for free expert installation or a gift card in certain circumstances.

Comparing packages is the key to deciding between an internet-only plan and a bundle. Getting a triple play (which combines TV, phone, and internet service) may save you money over having individual providers.

Other Services Offered At RCN

RCN also provides Digital TV and Phone services in addition to Internet services. Their phone service is available for $19.99 a month and can be bought separately. It comes with unlimited national calling, free digital voicemail with up to 20 messages stored for 30 days, and popular features like caller ID, call waiting, call forwarding, and more.
The Digital TV service is offered in two packages, the first of which costs $29.99 a month and includes over 70 channels, including Fox, ABC, CBS, PBS, NBC, Telemundo, and others.

Signature TV costs $69.99 a month and includes over 290 channels, including everything from the Digital package, as well as TNT, Syfy, Comedy Central, AMC, MTV, VH1, news networks, National Geographic, and more.

TPG (Texas Pacific Group) Capital, a Texas and California-based investment firm, owns RCN. In 2017, RCN joined with Wave Broadband and Grande Communications to become one of the country’s biggest combined broadband providers. Many of the company’s internet services under the RCN and Grande consumer brands are handled via Patriot Media, a subsidiary.