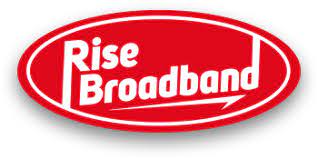 Rise Broadband is committed to providing clients with dependable high-speed Internet and phone service that allows them to stay connected to the people and things that matter most to them. Rise bridges the digital gap by providing a competitive option for quality, affordable service to rural and suburban households and businesses.

A Quick Overview
Rise Broadband, based in Englewood, Colorado, is the nation’s biggest fixed wireless broadband service provider, serving residential and business clients in 16 states with high-speed Internet and digital phone services. JAB Wireless, Inc., Rise Broadband’s parent business, was founded in 2005 and formerly operated as Skybeam, Digis, T6, Prairie iNet, and Rhino Communications. In 2015, all of the names were rebranded as Rise.

With the purchase of Internet America in 2015, Rise Broadband became a fixed wireless broadband provider. In Texas, Illinois, Colorado, and 44 additional states, they provide both residential and business Internet services. Rise Broadband offers a large coverage area, including a population of 19.4 million, thanks to the flexibility of fixed wireless as a technology. The headquarters of the business are in Dallas, Texas. Because of the versatility of sophisticated fixed wireless networking, it is a popular option for corporate services. Customers who are fed up with conventional cable are drawn to their home offerings.

Broadband Fixed Wireless Technology is on the Rise

Rise Broadband’s fixed wireless technology is often mistaken with other wireless technologies such as LTE, satellite, and Wi-Fi. In reality, it’s a whole other kind of network. In many respects, fixed wireless is comparable to conventional wired connections such as cable or fiber , the connection starts at a Rise Broadband access point within a few kilometres of the customer. Unlike satellite Internet, which transmits signals all the way to space and back, this point connects to the internet through a terrestrial backhaul link. Rise Broadband utilises focused point-to-point wireless devices rather than a cable to connect the “last mile” to consumers. Unlike LTE, they are targeted at a single subscriber rather than “broadcasting” to a large number of people. As a consequence, a focused signal with gigabit speeds may readily compete with cable and fiber. The advantage of a Rise Broadband arrangement is that service is extremely flexible: anybody with line of sight to a Rise Broadband access point may receive service very fast without having to install costly cable. Large multi-location businesses choose this network because it allows them to rapidly and easily establish direct connections between locations as well as link to nearby data centres.

Is Rise Broadband Up To The Test ?

It’s possible. If satellite and DSL are your only other choices, I’d go with Rise Broadband because of its lower cost, better speeds, and larger data limits, but DSL may be a cheaper and faster option in certain regions. If cable or fiber internet is available, on the other hand, I would look to those providers first before contemplating Rise.

If you select Rise Broadband for your home internet connection, you won’t be wowed by fast speeds or inexpensive prices, but you may be impressed by the Wi-Fi service and low latency (which, unlike satellite internet, allows for online gaming). That is, if your signal isn’t disrupted by a rainstorm or snowstorm between your house and the wireless tower.

Simply stated, Rise Broadband, like any other ISP, offers benefits and drawbacks. Plan specifics, service data, and comparisons to other popular rural internet choices may be found below if you can take the good with the bad. You might want to check out our Best Rural Internet Providers write up for a detailed view of who is best and why.

Some Rise Broadband plans provide unlimited data, while others have a 250GB restriction. 250GB is a good lot of data, but you’ll want to watch your use since the typical family in 2020 consumed 344GB each month.

If you go over your monthly data limit, you’ll be charged $5 for each 10GB block you need to accommodate your overage. If you had a 250GB restriction and used the same amount as the typical family in 2020, you’d be 94GB above the limit, resulting in a $50 surcharge. Fortunately, unlimited data plans are just $10 extra each month, so if you’re constantly exceeding your data limits, it’s definitely a good investment.

Rise Broadband will be the best bargain if your internet connection is Rise Broadband plus satellite from HughesNet or Viasat. When compared to satellite internet, Rise Broadband offers cheaper prices, minimal latency that allows for online gaming, and a lot more bandwidth. Rain, snow, and even the wind may cause service interruptions for both kinds of internet connections, although fixed wireless connections like Rise Broadband’s represent a lower risk than satellite. This is due to the signal’s reduced travel distance, which means it is less likely to meet poor weather along the route.