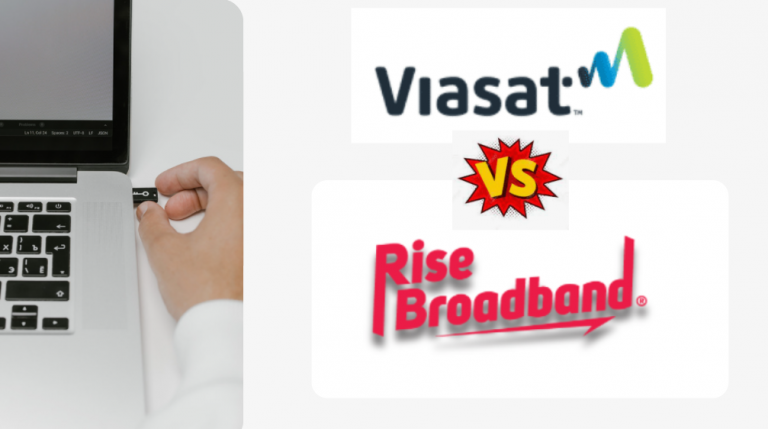 Viasat and Rise Broadband are well-known in the United States for providing dependable internet services to rural areas with limited access to common broadband networks such as fibre and cable.
Viasat provides satellite internet service, whereas Rise Broadband provides fixed wireless internet service.
While neither technology can compete with the fastest speeds offered by cable or fibre networks, both providers offer plans with speeds of up to 25 Mbps, which is considered high-speed internet.

Is Rise broadband better than Viasat?

Viasat’s satellite services are available in all 50 states, making it the second largest satellite internet provider in the United States by coverage area.
Viasat, formerly known as Exede, serves approximately 308.5 million people with high-speed satellite internet and phone services.
Many users who live outside of a cable or fibre zone can choose one of Viasat’s plans, which offer speeds of up to 25 Mbps in certain areas.

Rise Broadband’s fixed wireless service is available to approximately 25.7 million people across 19 states, primarily in the West and Midwest, as the largest fixed wireless provider in the United States.
They provide a variety of internet plans with download speeds of up to 50 Mbps.
Rise Broadband customers can bundle their internet with phone or TV service, which is provided by DIRECTV or DISH Network because Rise Broadband does not provide their own TV service.

In most areas, Viasat charges a professional installation fee of $99, but this fee is frequently waived for new customers.

Viasat provides both contract and non-contract plans.A $300 non-refundable upfront fee is required for non-contract plans.
Early termination of a Viasat contract plan will result in a fee of $15 for each month of the agreement remaining.
Customers can lease a Viasat dish for $9.99 per month or pay a one-time $299 “lifetime lease” fee.
If the service is terminated, all equipment must be returned to the provider, or additional equipment charges will apply.

Rise Broadband customers, like Viasat, have the option of signing a 2-year contract or going contract-free.Contract plans typically have higher data caps and lower rates and fees.
Customers who cancel their contracts early may be charged up to $250 in early termination fees.
The receiver dish rental fee for most Rise Broadband plans is $11 per month, and the modem rental fee is $10.99 per month.
Routers and other related equipment are provided for free.
Customers must return equipment to Rise Broadband after contract termination or face a $300 penalty

Is Rise Broadband cheaper than Viasat?

Who has the fastest speeds?

Is there unlimited data with Viasat and Rise Broadband?

Viasat does not provide unlimited data with any of its plans, whereas Rise Broadband does with select plans.

Is a contract required for Viasat and Rise Broadband?

Customers of Viasat and Rise Broadband can choose between contract and non-contract plans but you will incur a higher monthly and installation fee.